So it’s been a little while since I made an entry, so much so in fact that we’re closer to the next Ludum Dare than the one I last spoke of entering. LITH rated pretty well in all; notably placing 11th for Mood and 40th for Audio. I’ve reworked it a little and the unreleased iteration improves the enemy intelligence a dickload. There’s a couple other tweaks I’d like to implement on top of this to add more possibilities to it, but it’s been on hold lately as I have a mounting list of priorities.

In other news, I’m delving into Piano, as I am fortunate enough to know (and be sibling to) an excellent music teacher. This is rather exciting for me; I’ve wanted to be able to play the piano for years and never really got far. I took some lessons in my early teens but they didn’t go well. I have vague recollections of copying sheet music exercises and finding it incredibly boring. Unlike my first lesson last week, in which music theory blew my mind. Also, I think I have a thing for diminished triads.

I’m… not sure if that’s normal?

So I’ve been pretty inactive on all fronts lately; namely my website, writing and unity projects. This has been in no small part due to a big push to complete my Private Pilot Licence over the past few weeks. It hasn’t been easy, but today marked completion of the last element of the course and I now have only to send off the application form itself (and get it approved by the CAA).

I first mentioned the ominous booking of a trial flying lesson back in January of 2009 and since then have made many ramblings on aviation, but it really does feel like the culmination of something epic today!

As an unrelated side-note, I’ve finally found a source of buying MP3s that I get on with, namely Amazon’s MP3 store. It’s been a while since I’ve got into any new music, which has led to a bit of a music-buying binge (particularly the retro-80s “Outrun” subgenre assembled by Rosso Corsa Records). The option to have any of it (and all of it) completely separated as downloaded MP3s may have helped, too. Cloud is okay as an option, but never been big into music “organisers”. Then again, that’s probably just iTune’s fault.

A lot of the world’s problems are probably iTune’s fault.

I’ve often thought about the musical side of the world of Azimuth and what approach I would take in an audio-visual medium: primarily because the game Azimuth Skies is just that, and the question applies. I’ve recently taken interest in a genre that calls itself Electro Swing, which to me seems ideal. The mixing of old and new is perhaps its key feature (which can be done successfully or clumsily, for certain) which, with the art deco overtones, suits Azimuth very well. Caravan Palace in particular are a group that, given a blank cheque for making a Cloudgazer movie or big-budget game, I’d love to have creating some tracks. But I’d also like to share this as another fine contender; “Vive le Swing” by Italian singer In-Grid (but yes, it is in French). Give it a listen!

On an unrelated note, I left my job today! Despite still needing to complete my pilot licence and move out in a weeks time, I hope that I might have a little more time to pursue my creative endeavours both here and in Australia. I’m certainly feeling more inspired than I have been in a while!

Last week my lovely lady and I went with some friends to see O’Casan play at 229TheVenue in London, along with the Suburbians who are a smashing bunch as well as being a great act. Needless to say the two combined had an effect for which pretentious media journalists use the word “electrifying”, but I will suffice to say gratifyingly spectacular.

I shall now post this video, as the song has been in my head all day. 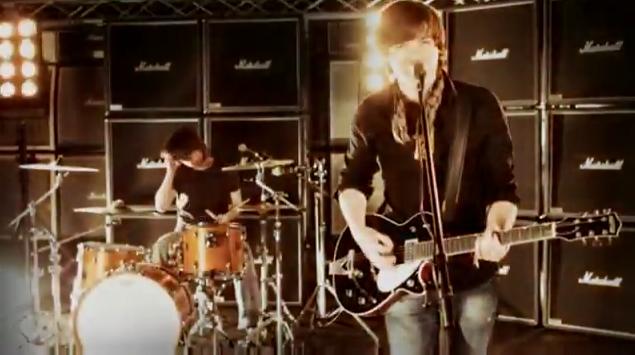