Article 1 of the Charter for the Founding of the Third Age Unation states its aim to :

“Form a Union for all Mankind to ensure Freedom of Thought, Freedom of Action and Freedom from Labour, wherein the Safety and Protection of Sentient Life is our Greatest Responsibility.”

The T.A.U is not so much a country as a pan-global organisation of semi-independent states and regions. These include the North American Zone, the European Confederacy, the Asian Union, United Oceania and several smaller groupings. All of these are effectively under the jurisdiction and management of the Third Age Unation by mid 3.2.C.

It wasn’t always this way. The forerunner to the TAU was the Second Age Unation, itself only a short-lived bridge from the ancient Grand Unation. Over the past eleven centuries, with the ever-shifting powers and fluctuating populations, a strong world leadership took time to break free of the chronic corruption that was the undoing of so many, such as the ill-fated SAU.

The Third Age Unation consists of around 98% of humanity’s total population, with a jurisdiction that covers all five of the inhabited worlds of the Sol system, as well as the Gliese Marine Research Station. 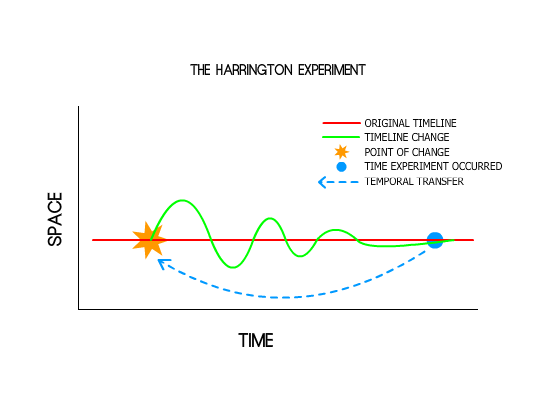 END_OF_DOCUMENT_TOKEN_TO_BE_REPLACED

The most compelling evidence for the impossibility of Time Travel has always been the complete lack of people from the future, when such things will inevitably come to exist.

With the advent of Chronoportology, it became clear that the reason for a lack of travellers from the future was to do with the availability of information, or lack thereof. As the destination of a time jump required accurate, specific information, the earliest jump date possible was generally around the time that Chronoportology itself was invented. In many minds this rendered time travel largely useless, but helped guard its integrity from some forms of abuse by unscrupulous individuals.

In any case, the act of Chronoporting is not something undertaken lightly; involving a gravitas and severity that was previously associated with the deployment of nuclear warheads. Each ship is made to withstand the intense warping and fracturing of no more than one return journey, with one notable exception; the Temporal Navigator Novodantis.

Changing the timeline causes it to, in simple terms, wobble (rather than simply veer off), as exhibited in Liang Oscillation. The study of this is called Liang Wave Theory. It is thought the shape of the 5th ‘Meta-dimension‘ is what determines the nature of this wave. The 5th Meta-Dimension is essentially a modelling of the change in spacetime (although not strictly a dimension as such). Spacetime’s “path” is determined by the varying warp of the fabric of spacetime, producing a sort of shape of probability. It is thought that this warping is what determines the largely unknown specifics of Quantum States.

Different effects (such as a time traveller’s presence) can change spacetime’s path, but curvature of the meta-dimension largely determines its overall path. Like a river meandering through the trough of least resistance, if it is diverted it will still follow the groove of the terrain. I won’t delve further into fourth and fifth dimensions just now; suffice to say it’s the realm within which the Liang effect manifests itself.

The other important thing to note about Liang oscillation is that on occasion changes can cause time to alter its event flow completely, almost ‘jumping out of the trough’ to a whole new path. This abrupt and permanent change is called a Liang Cascade, and although it remains only a theory, there is no possible way of proving if one has or hasn’t happened already. They are considered a Chrononaut’s worst-case-scenario, as a Liang Cascade will alter the future on an irrevocable, unrecognisable new course.

“Chronoportology is the study of artificial traversal of the spacetime continuum; in essence, the science of Time Travel.”

The history of time travel as a serious science is surprisingly sparse, up until the mid to late third millenium. By 2.9.C * it was growing fast, as new ways to transmit information along time were continually being discovered. However, there was a crucial limitation that prevented movement of a person against time’s flow.

The Law of Conservation of Energy states one of the cornerstones of known science: energy (and therefore mass) cannot be created or destroyed, only transferred. Because of this, the sum of matter and energy in the universe at any given moment will always be the same. In other words any object, such as a chrononaut, cannot physically move back in time (as any given quantum particle only exists once at any point in time). On the other hand, information is an abstract construct and thus circumvents the mass-energy constant.

Thus, a breakthrough came with the invention of Teleportation. This controversial new technology destructed mass at one location, then remotely assembled the pattern using atoms elsewhere. The implications were many: revolutionising transport, causing a multitude of religious wars (due to its shattering effects on the Self and supernatural concepts) and opening up the economy of the solar system. It was only a matter of time before the method was applied to Tetra-warp, the method of shifting atoms in the past. With this advancement, true Chronoportology was born.

The other great limitation to the practice (that remains unresolved), is the necessity of a highly accurate set of data about the target location and a heap of matter to manipulate. This target window and assorted matter is known as a Chronozone. Given that their creation and recording depends on prior knowledge of Chronoportology, destinations before the invention of time travel would appear impossible. This also explains why no time travelling has been witnessed in past records.

The Liang Oscillation Effect (often referred to simply as “Liang Oscillation”) is the effect observed primarily by chrononauts; that is, people that have moved through the spacetime continuum in a non-natural manner.

Named after Dr Liang Shi Meng (梁时萌) in 2982, it is a theory describing the behaviour of altered time. Contrary to early concepts, changing past events doesn’t produce an alternate parallel timeline. Nor does that timeline skew off at a tangent, forever getting more and more different from the original events of history. Time, if modeled as a crude line on a graph, in fact oscillates like a wave when it is changed.

This is based on the concept that the effect of an event will be proportional in significance to its cause, the majority of the time. In other words, big changes will come from big things, typically. Sometimes we observe what we call the Butterfly Effect, when something very small sets off a chain of implications that snowball up into a massive effect. But the probability of one of these occurring is inversely proportionate to the difference in significance. Ergo, a butterfly and hurricane are a factor difference of several billion and as such a given wing-beat has a one to a billion probability of being necessary for the hurricane formation. This is only measurable however with identical circumstances in the same time and space, requiring information to travel through time in order to produce precise results.