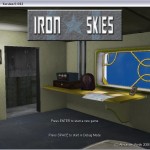 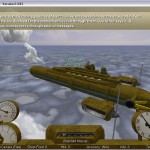 “It is a time of great tempest in the skies of Azimuth; a world without ground. The peaceful Gold Age ended long ago. In its place, battle and bloodshed reigns. Fleets of huge aerial battleships clash in a storm of pounding cannons and shrieking metal. Now is the time of the sky admirals; a time of Iron Skies.”

Iron Skies is a tactical naval-style airship combat game. It has roughly demo-level functionality, and I wrote it as part of my university final project investigating the effects of realism on gameplay, using the wonderfully direct Blitz Basic 3D language.

In this version you can complete a basic tutorial at the Nezzu training grounds, and also set up and take part in potentially huge battles between the forces of Azrune and Ganzabar.

Iron Skies is set in the Azimuth universe and was named long before That Finnish Film.