Welcome to the first of the development blog posts for my game project, Iron Skies! 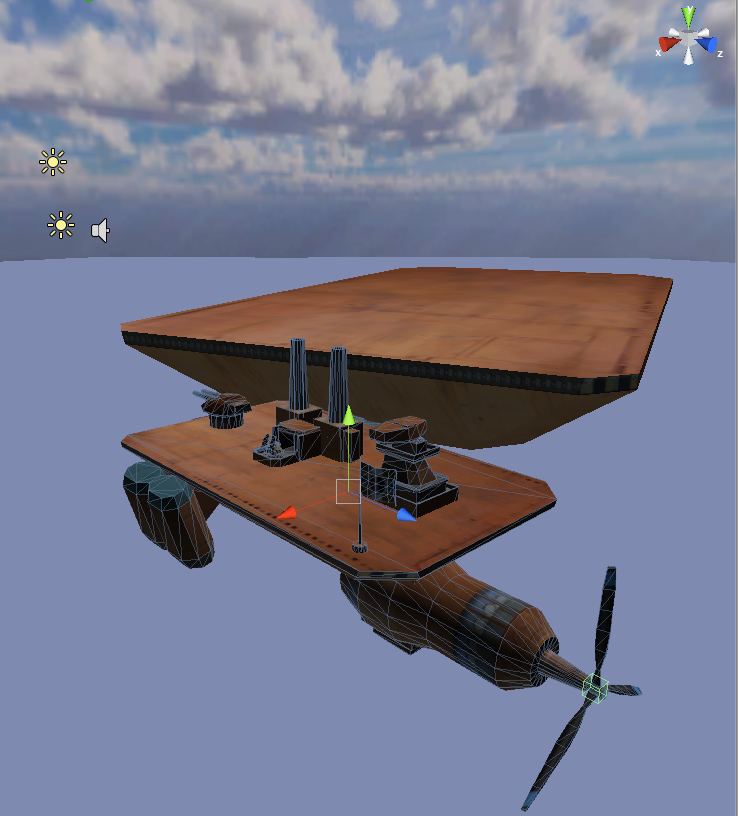 So first up, a bit about what Iron Skies is. It started out as a university project in Blitz Basic 3D, circa 2006. In 2009 I decided to make a completely new version from scratch in the fantastic Unity3D game engine.

The game is based on my much-talked (but so far still public-elusive) Cloudgazer universe. You play an airship captain, able to take command of anti-gravity battleships and nimble skyfighters, in a battle for supremacy of this groundless world. The cool thing about the game is that not only can you fight naval style real-time aerial combat in all manner of craft, you can actually build the airships yourself using a component system. This same system even allows damage to be taken based on hit location, and your ship’s stats in every attribute depend on the condition of these components. Shoot up someone’s engines and they’ll be reduced to a crawl, and even sink them by destroying the antimass tanks: provider of lift!

The current stage of the project sees me finally having a set of almost finished airship components in Unity, which have been compounded into a ship that can be flown about. You can also switch craft at this stage, which is an odd feature to see this early (especially as it probably won’t actually feature in the gameplay). However this helps debugging no end, and also ensures proper separation between Player and Craft in the code, aiding both AI and multiplayer architecture.