Despite being generally in favour of all things progressive and scientific, even I have been uncomfortable at times with the idea of genetically engineering humankind. But not only is this apprehension unfounded; it’s also putting off the unavoidable.

The argument against genetic engineering of humans seems obvious at first. Our genetics hugely affects who we are; being able to pick traits as we please could completely and irrevocably change human civilisation. Would ‘designer babies’ not lead to a money-driven society, where the social standing and wealth of one’s parents determines the starting chances and quality of life (to an even greater degree than is already the case)? Nevertheless, this wouldn’t be the first time a massive technological leap changed the face of humanity. Cars revolutionised how we move around; computers how we work and play. Change is life. But that alone isn’t enough to warrant such a dangerous concept. There is a much more important reason: natural selection. END_OF_DOCUMENT_TOKEN_TO_BE_REPLACED

The Rally to Restore Sanity took place in Washington D.C, a week ago last saturday, and was basically a rally to poke fun at rallies; or more specifically the kneejerk, ill-informed, hypochondriac Tea Party type of rally that America seems to be plagued by in recent years. 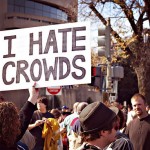 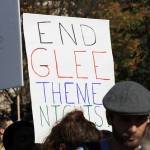 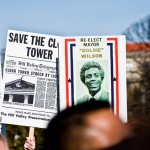 Follow the link for a full gallery with some more great examples: 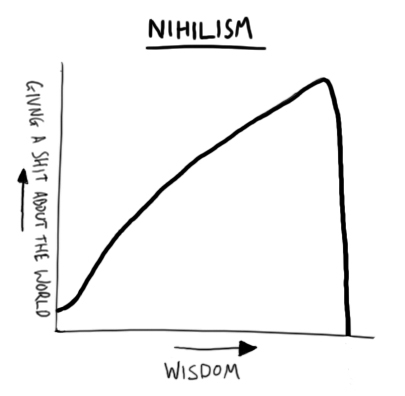 When I was a kid I was at my next-door-neighbour’s house one day, where my best friend lived. I speculated that maybe I saw his house as the same way he saw mine, and vice versa. I mean, who knew for sure? From his viewpoint, the familiarity and comfort I envisioned at mine might be just the strange smells and sights I saw at his. Now, obviously this doesn’t quite work exactly because the layout and details are obviously different and we can tell that we are not actually looking at mirror images of each other’s homes. But, little did I know that I had struck on the tip of the philosophical Empathy Iceberg and all the fascinating questions it posed. It also confused the shingles out of my best mate, but we were only ten at the time I guess.

A much simpler, commonly cited example is colour. We have no real way of knowing whether red looks the same to you as it does to me, because we would still both call it ‘Red’. We attribute names to smells, but again, can’t really tell if the smell of fish is something that is the same for everyone. The subjectivity of our points of view is all-pervasive. As Obi Wan Kenobi once told a young, headstrong Luke Skywalker: “…many of the truths we cling to depend greatly on our own point of view”.

In the strictest terms, there is really nothing that is objective, because we cannot certify our own reliability. In essence, everything you think irrefutable could be false; such as the existence of mountains or the very images on your retina. But, to take this into account gets us nowhere; the definition is useless because there is no penalty for ignoring it, as were it correct there would be nothing we could do to know one way or the other. As all speculation of this nature is useless to our lives, we have every rational justification to proceed assuming that the basics hold true: I am really here, and my senses report the existence of things I experience, and that fundamental axioms of physics and mathematics are true.

And so we have Objectivity. That category of things that we can say are objectively true are called Facts. Facts are not things which we commonly agree on or percieve to hold true, though this may often be stated colloqially (eg. “its a fact that murder is wrong”). It is important to recognise the difference between things that are facts and things that are commonly accepted.

The universe is impartial. As such, thinking impartially is the only approach that can be useful in the aquisition of truth. Wishful thinking will get you nowhere. We are all tempted by it; the theory that almost fits, the romantic notion of human importance, an apparent need for some purpose. But wishful thinking is probably the most damaging influence that has ever acted on human understanding. It may be welcome in the realm of fantasy fiction, or the words of comfort to others, but it has no place in science.

Not content with the controversy of claiming relgion to be a transient social tool, I return once more to that tricky subject of Abortion. These are both very interesting subjects, and not entirely unrelated either: both are deeply intertwined with some of life’s most fundamental philosophical questions.

The ‘camps’ in the abortion debate are generally defined by when. That is, when is it acceptable to terminate a pregnancy: never, before X number of weeks, or at any point of pregnancy. Most people fall somewhere in the middle ground, with liberals / students / scientists leaning toward later and religious / conservative headcases favouring earlier. Roughly segregated, these are termed Pro-Choice and Pro-Life respectively. END_OF_DOCUMENT_TOKEN_TO_BE_REPLACED

One of the biggest problems in advancing our ideas about the universe is thinking ‘outside the box’, to use a hideous management term. Imagination is just as important to a great thinker as mathematical and scientific proficiency; as was the case with Einstein, it is often the crucial difference between brilliance and genius. I believe the reason is, that so often our greatest collective asset the “Human Experience” is also what sometimes holds us back: clouding our judgment and throwing us off with earthly, animal thinking.

Take, for example, the early explanations of the night sky. Invariably the world was the center of the universe, the stars were generally hung up around us and span around the earth, along with the sun, moon and other stellar bodies. We laugh now, but if you look at it from our point of view, it’s clear why this was believed for millenia. It took a lot of objective analysis for us to even begin figuring out what it really was. Likewise, I think there’s a lot of problems being mulled over today that would be of great amusement to even laymen of the distant future.

So where does Artificial Intelligence come into this? At very least, as a supplement. When AI becomes sufficiently sophisticated, I see no reason why it wouldn’t ponder on things or indeed be designed to. Would it be possible to apply a brute force algorithm to the great fundamental questions, like what causes consciousness or does free will actually exist?

If nothing else, AI would be free of one major constraint; when humans, deep down, know the path to the answer but are afraid of it.

You know what’s ridiculous (apart from the interval since I last updated)?
Fuel prices!
Am I right? Actually, I am not going to talk about fuel prices at all; partly because, without trying to be smug about it, I remain mostly unaffected. But mainly because it’s all I hear about at the moment.

So instead I’m going to talk about paranoia. People seem to love paranoia these days; I suppose its a reflex action from each successively more twisted crime we hear about. But there seems to be this idea floating about that with enough preparation anything is preventable. I like that notion in a way, it sounds like the kind of theorem that would work. Nevertheless I don’t believe it’s completely true. There are some things that you just can’t predict or prevent, and it’s typically these that people get so paranoid about.

I came across a list of safety precautions recently that proclaimed, amidst a vast bore of mostly speculative measures, that “you’re better off paranoid than dead.” I have to disagree here. I would rather risk dying from some ludicrously unlikely death than spend every waking hour worrying about what might happen. This goes beyond the way you unlock your car in a dark car park; I’m talking about life attitude here.

Take sensible precautions, but understand that if Lady Luck and her dice hate you, there’s not a damn thing you’re going to be able to do about it.