Alex’s Note: Yes, it’s been quiet on the blog front for quite some time now. But after our return, life barely gave us a week to breathe before it all got crazy again. Yet we can’t just leave the ending hanging in the balance, so onward to the conclusive entries!

I’m pleased to report that the luggage key for the Indian Pacific was eventually found and once we were reunited with our luggage the search for finding a hostel for a night begun. It then ended shortly afterwards as our first stop, the Railway Square YHA (as the name suggests, located right next to the station)  had a couple of nights availability. So we settled in, enjoying a 5-bed dorm all to ourselves, and had a think about what we do over our last few weeks.

Whilst reaquainting ourselves with Darling Harbour we popped into the Tourist Info centre for a few ideas and Alex spotted information about the tall ship, “James Craig”. Originally from Sunderland, England, she had a long and busy working life before being abandoned in Tasmania in 1932. After sitting there for forty years, she was rescued and lovingly restored by the Sydney Heritage Fleet. It took 20 years and lots of labour (mostly from volunteers) but she is now in magnificent working order and is the only ship of her kind to regularly make trips out to the ocean. As Alex has wanted to travel on such a ship for quite some time now it seemed a most fitting activity, and what a ship to experience going under the Harbour bridge in. We only did a day sail but you could get involved as much, or as little, as you liked and they provided lunch and drinks for the day. Alex was available to help with anything and I believe he was told to be careful as if he carried on being so helpful he might end up on the crew! I helped out every now and again, mostly heaving on the ropes to move the sails. At one point when I went to offer a hand, the captain of the James Craig tapped me on the shoulder and asked my name. He then told the guys already on the ropes who I was and that I was here to sort them out, hehe. Well, I’m not sure it was my sorting but together we got the sails where they needed to be. Very satisfying. The weather was beautiful throughout the day and added to it being thoroughly enjoyable, however I have got a bit ahead of myself as we sailed the James Craig on Saturday 10th but I’ve neglected to tell you what we did on Friday 9th. 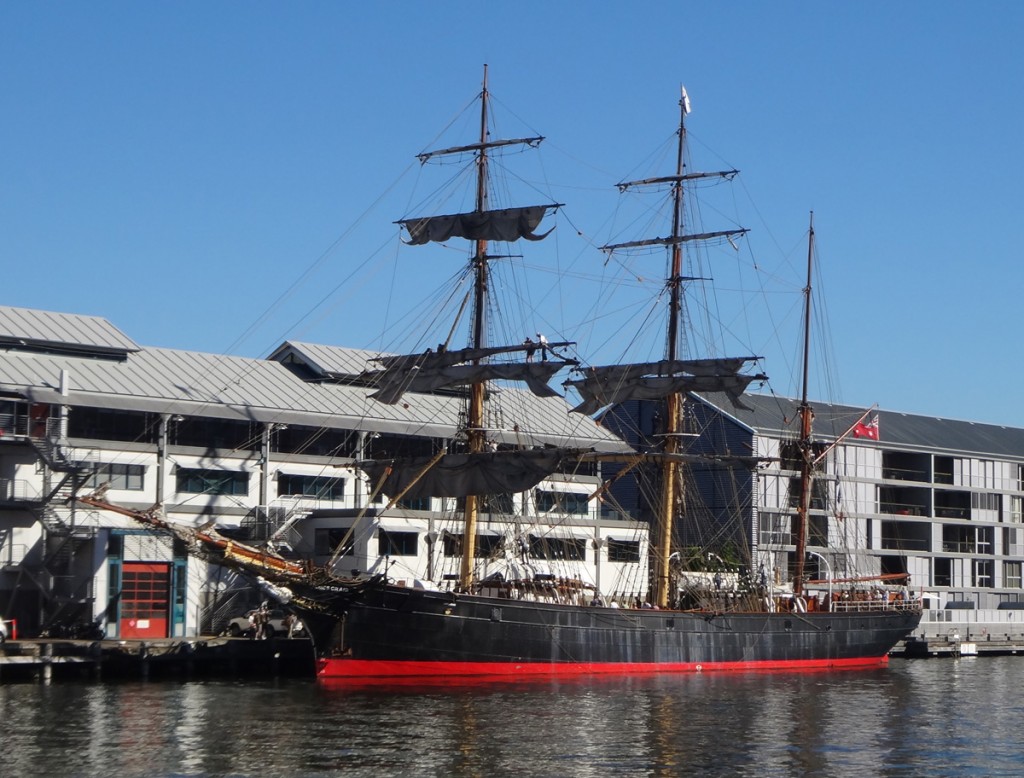 During the day on Friday 9th we met up with another familiar face, Toby, who we had first met in Airlie Beach was in Sydney for just the one day before catching his flight home. We had moved to a hostel across the road (no availability at the YHA over the weekend) which has a cafe at the front so there we were sitting enjoying our breakfast. I had sent a text to Toby to see where he was when just a short time later he appeared right next to us. We then proceeded to spend the rest of the day moseying around Sydney city, slurping on Slurpees and on the hunt for cuddly Australian animals (no not literally, the stuffed toy counterparts). As evening began to set in we parted ways, Toby was meeting up with another friend and Alex and I had a date with a bridge.

We ended up actually having to rush a bit between leaving Toby and getting to the BridgeClimb in time as it took longer to walk back from the Circular Quay area than we remembered – but fear not, we arrived at the bridge with just enough time to peruse the gift shop! Climbing the Bridge was an unforgettable experience that we both felt was well worth it. The harnesses and jumpsuits, in addition to the industrial surroundings, made it all quite different and exciting. Though we couldn’t take our cameras up (due to potential murder by falling camera), we still had a beautiful picture to remember it by. 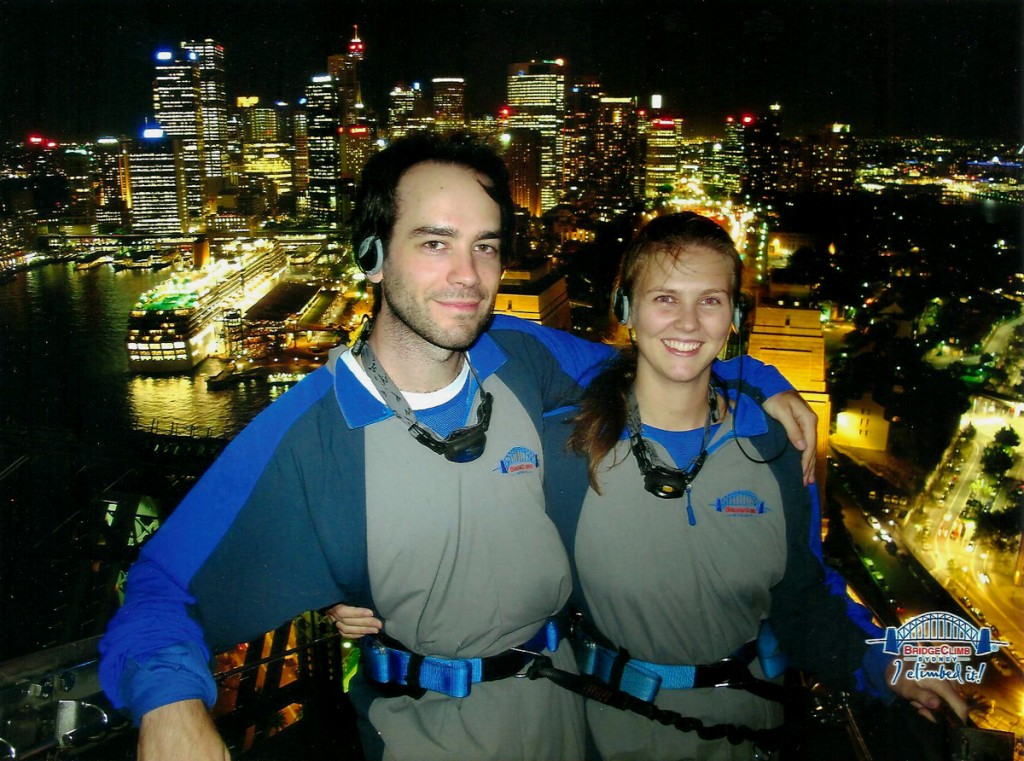 We had a couple of weeks in the Sydney area so there was plenty of time to check out another nearby must-see: Katoomba and the Blue Mountains.

END_OF_DOCUMENT_TOKEN_TO_BE_REPLACED 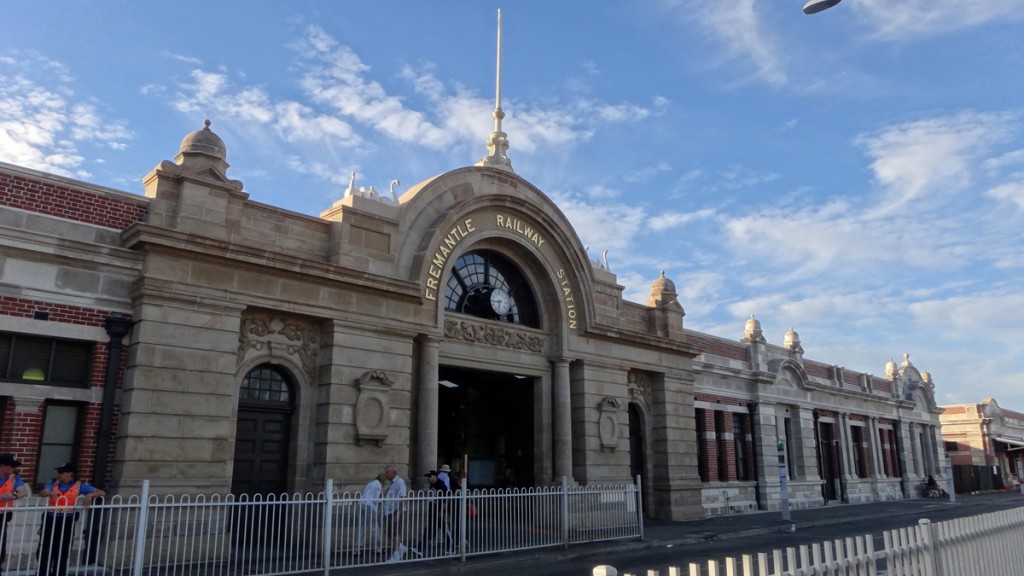 END_OF_DOCUMENT_TOKEN_TO_BE_REPLACED

I was a little relieved to wake up feeling as I did Saturday morning; an able-minded member of human society again but still in a great deal of pain. My brain knew that Brisbane was a long way, but nothing I compared it to seemed to give my brain the sense of distance I would be dealing with. I decided to just take it as it came, so bring on the Hyundai. 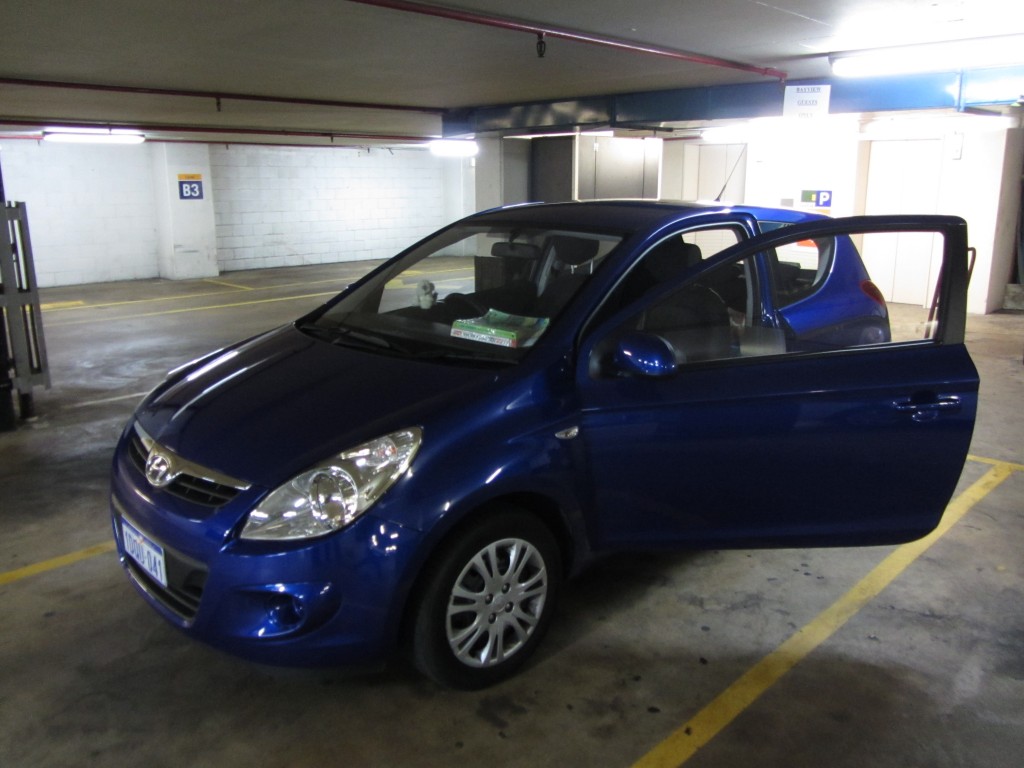 The car was brand new, registered Western Australia with just 3,800 km on it. We were going to add at least another third on that. We had snacks, supplies and ample water for the desert of broken glass that was my throat. A quick glance at the road map, then we shot off north over the harbour bridge, waving a fond farewell to Sydney (for now).

After about ninety million traffic-sodden intersections of north Sydney, we arrived at the Pacific Highway. This is exactly as you might imagine it (minus the Pacific part admittedly, which is typically 4-5 km away). But it was just the kind of heavy-duty, 18-wheeler, cliff-lined, palm-tree’d, sweeping vista’d freeway that I (and many cooped up UK drivers) always wanted to drive on.

We drove for ages, and then some. It was a big ol’ highway. I took a scenic detour, then we decided against it for time was pressing, so we rejoined the Pacific. We continued driving. Time passed. George R. R. Martin probably wrote another book. Then finally, we came upon Newcastle, for we needed a break. And how far along the route was this great leap to Newcastle?

About a fifth, actually. 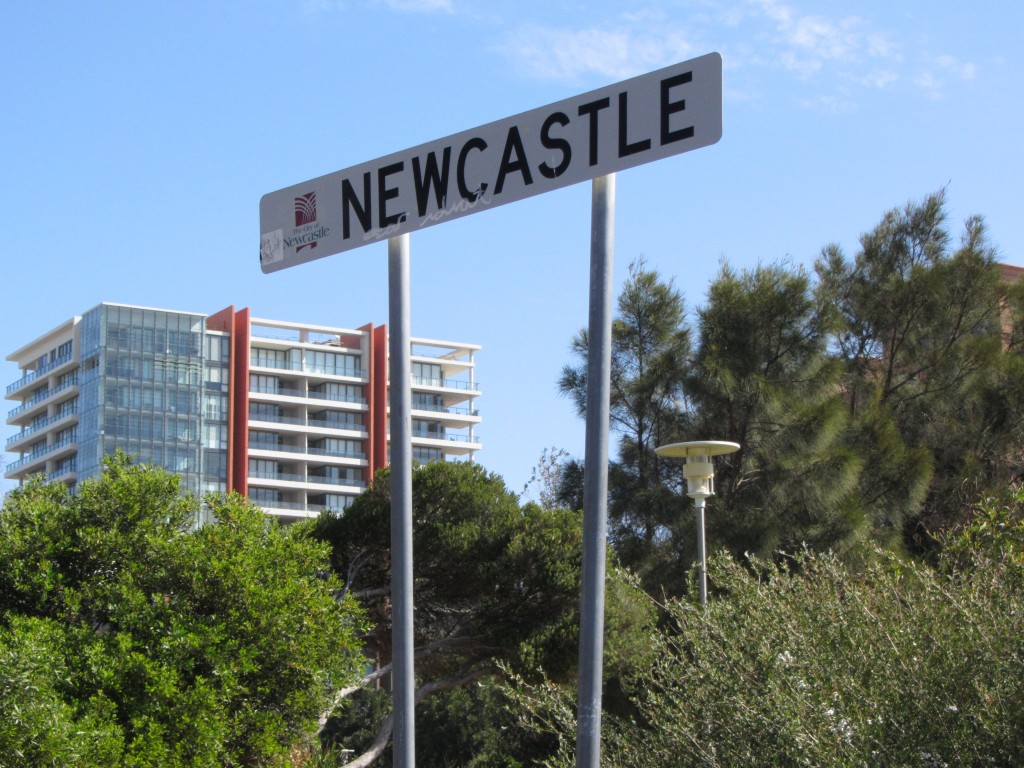 Still, I was enjoying the scenery and the geographical milkshake of placenames, if not the fact that my throat felt drier than the rocks by the roadside. Shadows were beginning to lengthen by this point, so we settled on reaching Armidale. But by Tamworth, some 150km short, it was pitch black so we grabbed some fuel just in case. When we did eventually get to Armidale it was just 8pm, but it felt like midnight. We found a motel, more expensive than we’d hoped but very fancy all the same, so took it. END_OF_DOCUMENT_TOKEN_TO_BE_REPLACED

The second night in Sydney was challenging. My symptoms were getting worse and I woke up countless times for one reason or another. Then, at about 5 am, I awoke on what I would later realise was a painkiller high. Believing the worst to be over, I proclaimed our planned visit to Manly for Day 3 would be no sweat.

Initially I was fine and despite needing an army of tissues I really felt I’d gotten over it, once I’d had a hearty bacon & egg roll and cup of tea from a nearby cafe on William Street. We took a leap and decided to hire a car from Europcar for the journey to Brisbane in the weekend (and the subsequent drives to the veterinary practice Lucy would be working at). It certainly wasn’t the cheapest thing we’ve ever done, but I think the layers of reputability and insurance are weight off the mind at least.

I greatly enjoyed the ferry ride from Circular Quay to Manly Wharf. Of all the impressive scenery, it was my first ever glimpse at the Pacific Ocean that felt most profound; as much as one ocean is alike another, for the largest mass of water on the planet it had taken be a long time getting round to visiting it. I also found my imagination wandering, picturing what it might have been like for those on the First Fleet sailing into the harbour waters on big wooden ships, under the near silent power of sail instead of the throbbing diesel engine. What would it all have looked like without buildings? That moment, hundreds of years ago, was were modern Australia originated. It was a powerful notion. 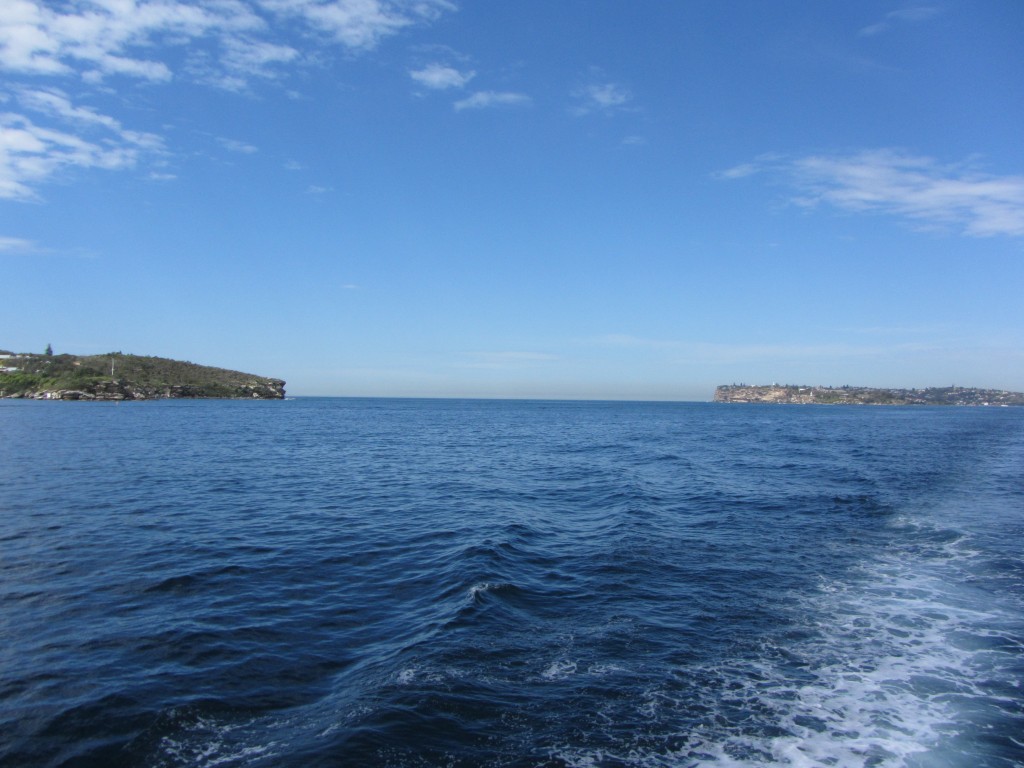 END_OF_DOCUMENT_TOKEN_TO_BE_REPLACED

The sun has set in Sydney, bringing our second full day here to a close. Already I feel vastly more aquainted with this city than I ever expected; perhaps it’s the informality, perhaps its the fascinating & unusual past, but it seems clear to me why so many people come here and unexpectedly find themselves at home.

We arrived on Tuesday night, on a Quantas Airbus A380. This is an aeroplane that cannot be overstated. The worlds largest airliner, the A380 truly is a beast. But it also offers a fantastic flight to even the budget traveller. One of the innovations, known as Skycam, was a tail-mounted forward-facing camera you could view from the seatback screens, showing an excellent view of what was going on outside. The meals were delicious, snacks frequent and the entertainment on offer for the seatback was sublime. It is possibly the only way 21 hours in a chair could be considered enjoyable. END_OF_DOCUMENT_TOKEN_TO_BE_REPLACED