Another Quality Entry brought to you by… Luce De Spruce!

It was just after midnight when we headed for the Greyhound stop, it wasn’t due to leave for another half hour so we were surprised to see it waiting in the bay already. What was even more of a surprise though was bumping into a couple we had met on the boat on the reef over New Years. It was great to see them and it turned out we had been allocated the seats next to them on the coach anyway so we had plenty of time to chat (though as it was past midnight we were all a bit on the tired side). It was a bit strange having allocated seats on the Greyhound though, in our numerous trips this was the first time we were told where to sit and the driver didn’t seem to be the happiest of people. The first leg of our four bus journey to the Red Centre took us back South along the coast to Townsville. For the majority of this stretch I was in the Land of the Zzz’s, with only fleeting moments of consciousness, however during those moments I felt a little uneasy with the style of our happy drivers driving skill. Alex, who unfortunately had to endure the experience conscious as he doesn’t tend to sleep on vehicles, described his driving as having all the finesse of a brick propelled by firecrackers – and I have to say based on the glimpses I had and the reaction of our two friends when we got off the bus at Townsville confirms this as pretty accurate. At this point we parted ways for the second time, they were headed further South whereas we were about to start heading West. 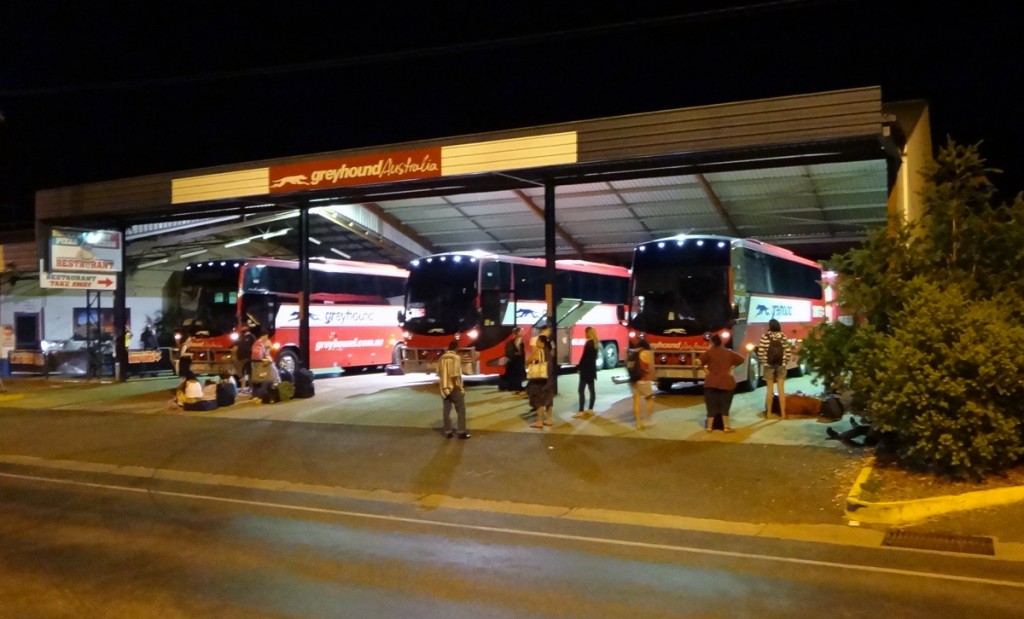 During the remaining journey (a journey which lasted thirty-something hours in total) we met Natalie whilst sharing a table at one of the various rest stops along the way. It turned out that she was also doing the Rock Tour on the same dates that we were, though she was staying at a different hostel in Alice Springs. When we did finally arrive in Alice Springs it was nine in the morning. The YHA where we were booked to stay was a short walk from the bus stop so we loaded ourselves up and headed off. As we were a little early to check-in we just left our main bags in their luggage room and headed off to sort out some errands. This ended up taking most of the day and although we were ready to drop at any point from the lack of proper sleep on the coach (particularly for Alex) we kept going until all was sorted. We knew that we had an early start the next day (we were being picked up at 5am) so we headed to a local pub for dinner. It was actually raining at the time we headed out – turns out the week we were there was during Alice Springs wet season, which lasts a whole 2-3 weeks – and so when we saw the pubs blackboard advertising a roast our taste buds were tingling at the thought. After placing our drinks order, we then waited half a century for someone to collect our food order, then proceeded to wait the remainder of the century to be told that in fact the roast was no longer available. Gutted. At this point we would have left however in the year leading up to the turn of the century our drinks had arrived so we kind of had to stay. We had a brief look over the menu and made our second choices: for me, the good old Aussie burger and chips and for Alex, a salmon salad. This was put through the kitchen quickly and I’m pleased to say the food was actually rather good, it was just a shame the service didn’t match it. Anyway! Once we were fed, it really was time for sleep (unfortuantely the delays at the pub had led to it being a bit later on in the evening than we had hoped but nevermind!). 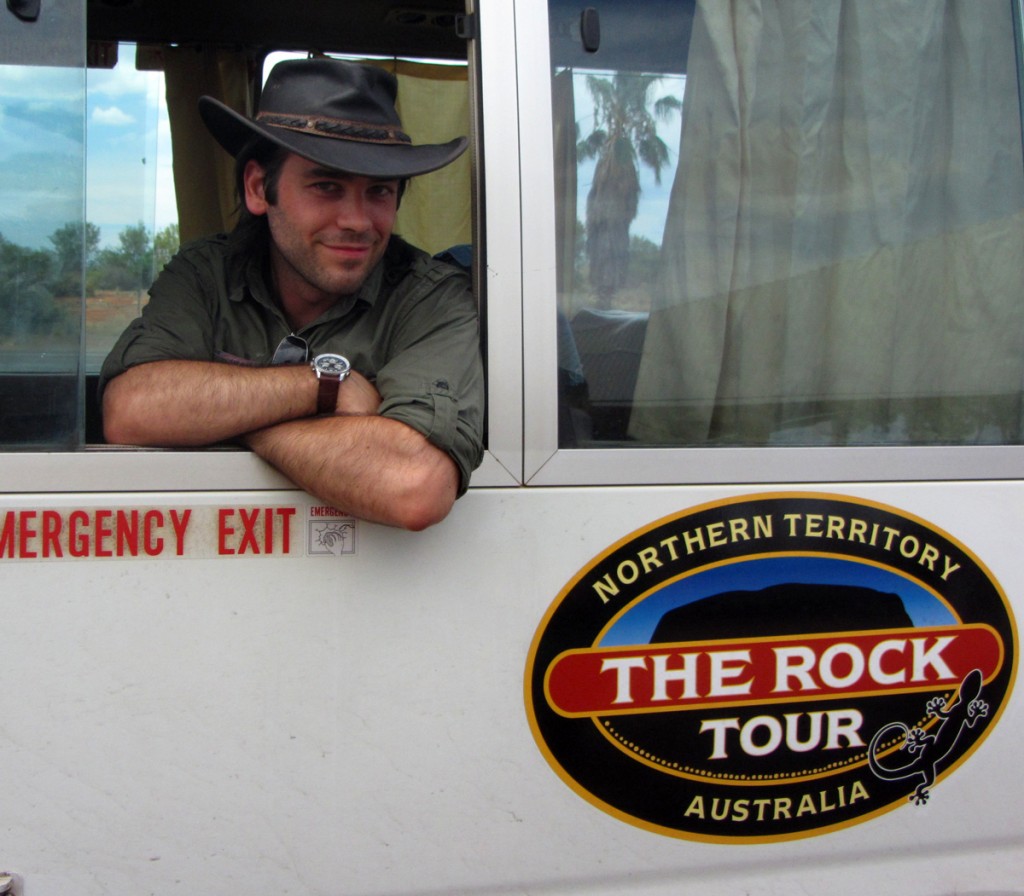 The next morning we were waiting at the front of the YHA at 5am awaiting pick-up for the tour, it was here that we met Sabrina and Laura; two friends travelling together from Germany, they were also coming on the Rock Tour. Our hostel was the first pick-up of the morning so we got comfy in our seats and started chatting to Adam (aka Cow); our guide for the next few days. By the time we had completed the hostel pick-ups the bus was about half full (including Natalie who we had met on the Greyhound). The rest of the group would be picked up from Ayers Rock Airport later in the day. END_OF_DOCUMENT_TOKEN_TO_BE_REPLACED