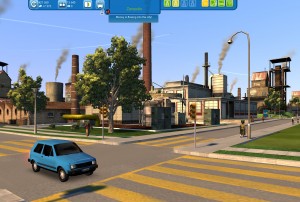 But Cities XL has its drawbacks; for a start it appears that all the plot sizes are the same square area (I’ve owned it in various incarnations for two years and I’ve still yet to see a plot size variation besides the city hall). When you add to that curved roads (yes, I like them; I’m European ok?), it does make unusable areas infuriatingly common for no good reason. It’s a rather pointless limit given that this isn’t on a tiled grid or anything, but thankfully a kind of landscaping “Fill tool” can at least make use of the gaps with pretty groundskeeping. There are other niggles, too, but it’s generally a pretty solid game and one you can play on your own terms (none of this always-online crap). 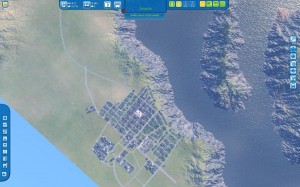 A sense of scale

Another contender worth getting behind is recent startup project Civitas, which is currently building momentum on Kickstarter. Though it’s not actually been made yet, it sounds promising yet achievable and seems to be more in tune with what gamers actually want out of this kind of game. Like all Kickstarter games it rides a dangerous surf and backing it is not the same as buying a game that actually exists; but I think the people behind it have a real potential to make it happen (should it reach its target, that is).

One thing’s for sure though; I’m thoroughly done with buying anything off EA.