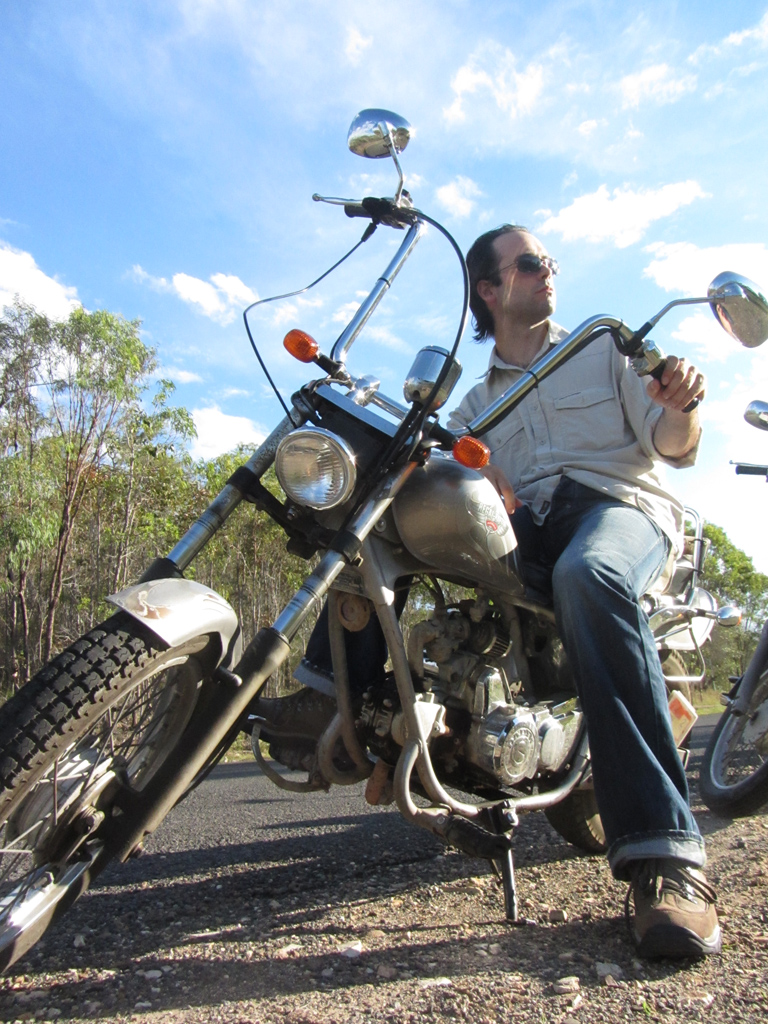 To begin with, the group of thirty or so migrate to a selection of bikes. You pick one that you feel fits your height/experience/affinity to the stars & stripes, and so on. There’s a simple ten-minute explanation, then one at a time we were brought forward onto a test track to get used to the handling. Pretty much everyone takes to it quickly, provided they have the rudimentary hand-eye coordination and intelligence required of, say, a squirrel (or a webpage designer). So once everyone had made it to the alotment’s gate without spontaneously exploding, we were off. I should state at this point that in order to partake in the activity, you must meet the high-bar requirement of at least a provisional driving licence in “any country in the world”, presumably so long as it wasn’t fictional or Spanish.* Gradually, with intermittent stops, the speed of our posse increased until we were getting up to a grin-inducing 60 km/hr or so. I always enjoy open speed; in fact much more the open aspect than the speed, and a bike is about as open as it gets. These bikes were also cruisers by posture which I thoroughly appreciated.

We soon pulled over and our guide explained we were about to get into ‘Roo territory, so to keep a lookout. And we certainly saw plenty of them, although generally they didn’t stick around for long afterwards. Then again, if you’d heard the noise we were making, I doubt you’d do any different. We finished up in the small township of Seventeen Seventy; so named, because Captain Cook passed through in 1770 (the subject had been bothering me for some months, given that Sydney was the oldest settlement and wasn’t founded until 1788). A very pretty sunset; unusually for the east coast, over the water; accompanied by some rather overrated but greatly appreciated potato wedges. Owen and Tia had also come on the tour, so we took a few photos for the other of the picturesque end to the day before climbing back on the bikes and heading back to base.

The rest of our time at Southern Cross was mostly spent relaxing around the place. The day following Scooteroo, we had a look around the small outpost that is Agnes Water. It was only a five minute courtesy bus, but it ended up being lunchtime when we arrived so we got ourselves each a burger from the diner on the corner. It was aptly named the Wipeout. Two hundred tonnes of meat, layered on bales of bacon & beetroot within a lattice of lettuce, were compacted into a baked yeast fuselage of two buns you could use to cushion a moon lander. In short, it was quite big. Complements to the chef; and I hope his war against the Olympians is going well. 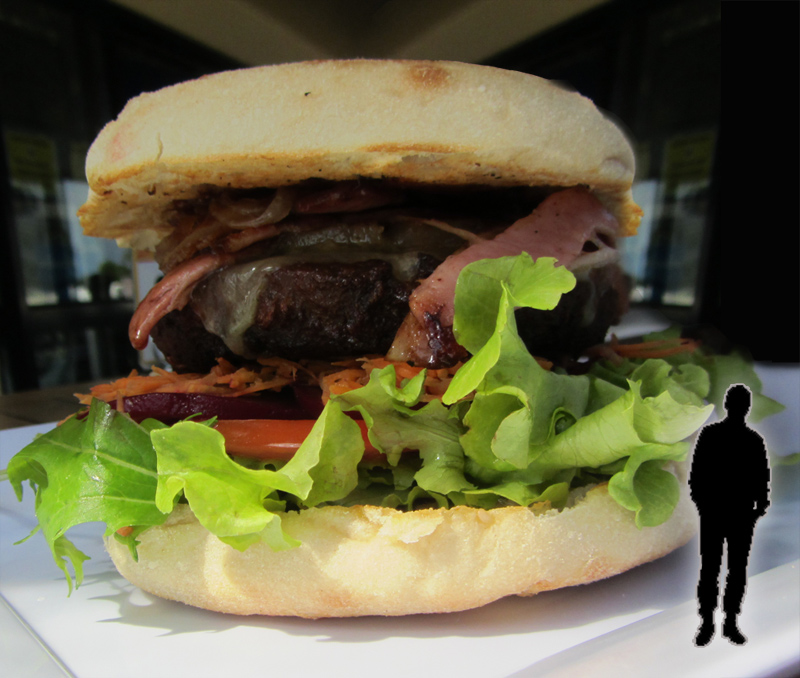 On Saturday we checked out of our room, but as our Greyhound wouldn’t arrive until 21:00, we had the day to lounge around and the hostel were quite happy to let us do so at their bar. It gave me a great chance to do some writing and work on my Azimuth Book (a lovely hand-made leather book I acquired in Turkey that I’ve been filling with sketches and notes on Azimuth. It really needs a better name). Then the courtesy minibus took us down to the petrol garage where the Greyhound arrived in the emerging drizzle. Next stop; Rockhampton!